The Alhambra is a palace and fortress complex. It is one of the most famous monuments of Islamic architecture and one of the best-preserved palaces of the historic Islamic world. The architecture of the Nasrid palaces reflects the tradition of Moorish architecture developed over previous centuries.

Construction began in 1238 by Muhammad I Ibn al-Ahmar, the first Nasrid emir and founder of the Emirate of Granada. It was built on the Sabika hill, an outcrop of the Sierra Nevada which had been the site of earlier fortresses and of the 11th-century palace of Samuel ibn Naghrillah.

Later Nasrid rulers continuously modified the site. The most significant construction campaigns, which gave the royal palaces much of their definitive character, took place in the 14th century during the reigns of Yusuf I and Muhammad V.

After the conclusion of the Christian Reconquista in 1492, the site became the Royal Court of Ferdinand and Isabella (where Christopher Columbus received royal endorsement for his expedition). In 1526, Charles V commissioned a new Renaissance-style palace in direct juxtaposition with the Nasrid palaces, but it was left uncompleted in the early 17th century.

After being allowed to fall into disrepair for centuries, the Alhambra was rediscovered following the defeat of Napoleon I, whose troops destroyed parts of the site. The rediscoverers were first British intellectuals and then other American and northern European Romantic travelers. The most influential of them was Washington Irving, whose Tales of the Alhambra (1832) brought international attention to the site.

The Alhambra was one of the first Islamic monuments to become the object of modern scientific study and has been the subject of numerous restorations since the 19th century. It is now one of Spain's major tourist attractions and a UNESCO World Heritage Site.

During the Nasrid era, the Alhambra was a self-contained city separate from the rest of Granada below. It contained most of the amenities of a Muslim city such as a Friday mosque, hammams (public baths), roads, houses, artisan workshops, a tannery, and a sophisticated water supply system.

As a royal city and citadel, it contained at least six major palaces, most of them located along the northern edge where they commanded views over the Albaicín quarter. The most famous and best-preserved are the Mexuar, the Comares Palace, the Palace of the Lions, and the Partal Palace, which form the main attraction to visitors today.

At the Alhambra's western tip is the Alcazaba fortress. Multiple smaller towers and fortified gates are also located along the Alhambra's walls. Outside the Alhambra walls and located nearby to the east is the Generalife, a former Nasrid country estate and summer palace accompanied by historic orchards and modern landscaped gardens. Make your way to la Torre del Homenaje for panoramic views of Granada.

Explore Generalife, a summer palace dating to the 14th century and find the Water Stairway.

Look up to enjoy the beautiful vaulted ceiling at the Hall of the Abencerrajes.

View the inside of the Torre de Comares.

Search for the Court of Lions, a fountain surrounded by 12 marble lions.

Visit the ruins from the original 13th century Moorish fort.

Explore Palacio de Carlos V, the grand palace that was started in 1526 but never completed.

Construction began in 1238 on Sabika hill, the previous site of an 11th century palace.

In 1526, Charles V planned for the palace to be reconstructed using a new Renaissance-style but it was never completed. 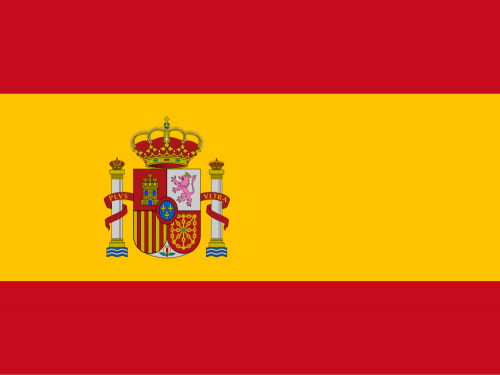