Arches National Park is adjacent to the Colorado River, 4 miles (6 km) north of Moab, Utah. More than 2,000 natural sandstone arches are located in the park, including the well-known Delicate Arch, as well as a variety of unique geological resources and formations. The park contains the highest density of natural arches in the world.

Administered by the National Park Service, the area was originally named a national monument on April 12, 1929, and was redesignated as a national park on November 12, 1971. The park received more than 1.6 million visitors in 2018. 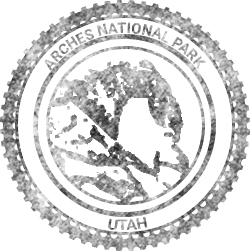 Enjoy the never ending beauty of the park as your drive the 19 mile long Arches Scenic Drive.

Make a stop at the Double Arch.

Take the 1-mile hike on Park Avenue to see the Courthouse Towers and Three Gossips.

Explore the Windows Loop where you can see the North and South Window arches along with Turret Arch.

Hike to Landscape Arch to see the longest natural arch in the world.

Park and get an up-close view of Balanced Rock.

Make the 3 mile round-trip hike to the not-to-be-missed Delicate Arch, the most famous of all the arches. Can't make the hike? Your next best option is the Upper and/or Lower Delicate Arch Viewpoints.

Stop at the La Sal Mountains Viewpoint to get a wonderful 360 degree view of the park.

Arches was originally designated as a national monument in 1929. It became a national park in 1971.