Why was the Eiffel Tower built?

The Eiffel Tower was built as the centerpiece for the 1889 Exposition Universelle. This world's fair was held in Paris to celebrate the centennial of the French Revolution and the tower opened to the public during the event.

Who was Gustave Eiffel?

Gustave Eiffel was a French civil engineer born on 27 December 1832. He attend the prestigious École Centrale des Arts et Manufactures, an engineering college in France. After graduation, Eiffel worked in the Railroad industry designing and then eventually managing the construction of bridges. In 1866, he started his own business and received commissions to build St. Mark's Cathedral in Peru and the Budapest Nyugati railway station. Eiffel worked with Auguste Bartholdi in the early 1880's on the construction of the Statue of Liberty. His expertise in structural design led to using an iron framework with copper sheeting.

The design for the Eiffel Tower came from Maurice Koechlin and Emile Nouguier. Eiffel bought the rights to the patent and in 1886 it was announced that the tower would become the centerpiece of the 1889 Word's Fair. Many protested the design but a contact was signed on 8 January 1887 for construction to begin. The Eiffel Tower was completed on 15 March 1889. At 300m tall, it was the tallest structure in the world and would remain so into the 20th century.

Even though the Eiffel Tower is today considered to be one of the most recognizable symbols of France, it was not very welcome at first. When the Tower was first proposed, a group of engineers, artists, and writers got together and wrote letters to the French Government asking them for it not to be built. They believed that the Tower would not be able to be built and stay up for long because it seemed impossible, but they also thought that it was ugly. One of the men who protested the Tower was named Guy de Maupassant. Supposedly, Guy ate lunch everyday in the dining room of the Eiffel Tower because it was the only place that he could not see the Tower.

During World War II, the French government shut down the elevators that were in the Tower so that Hitler and the Germans could not use them. Adolph Hitler commanded his generals to destroy the Eiffel Tower along with the rest of Paris, but his generals disobeyed his orders.

It takes 60 tons of paint to cover the Tower, and it gets painted every seven years. It’s painted in three different colors from bottom to top, lighter at the top and darker at the bottom. Today the Eiffel Tower is the most visited monument in Paris. Almost 7 million people go to the Tower every year! 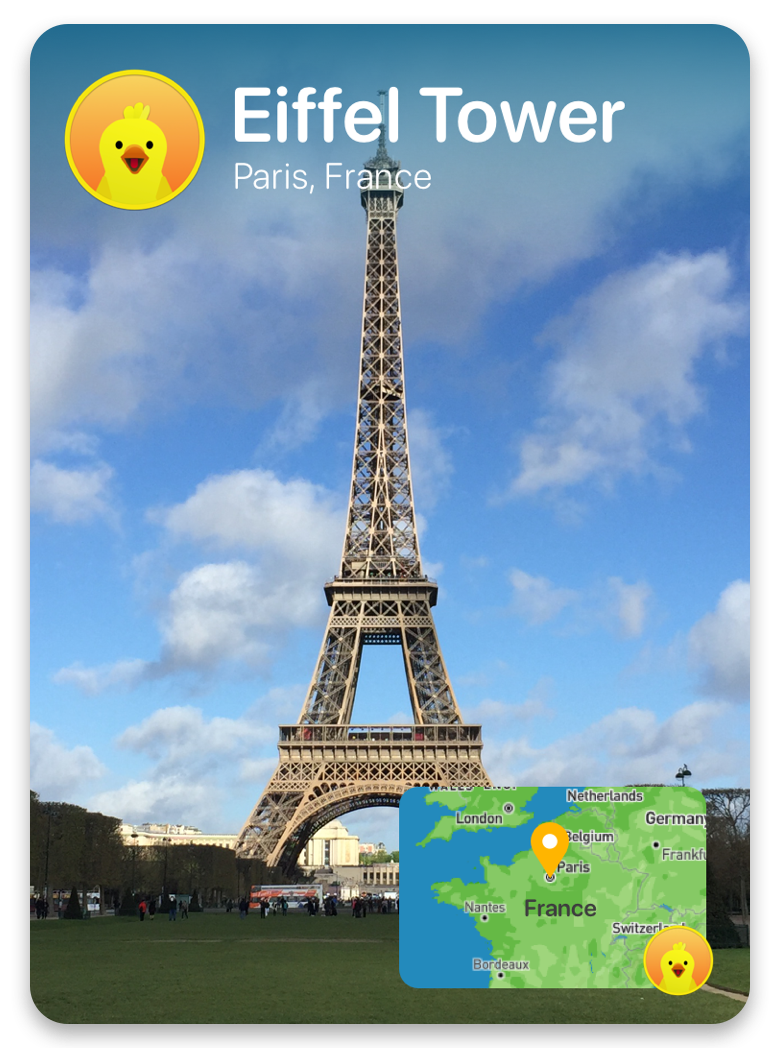 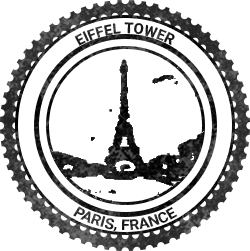 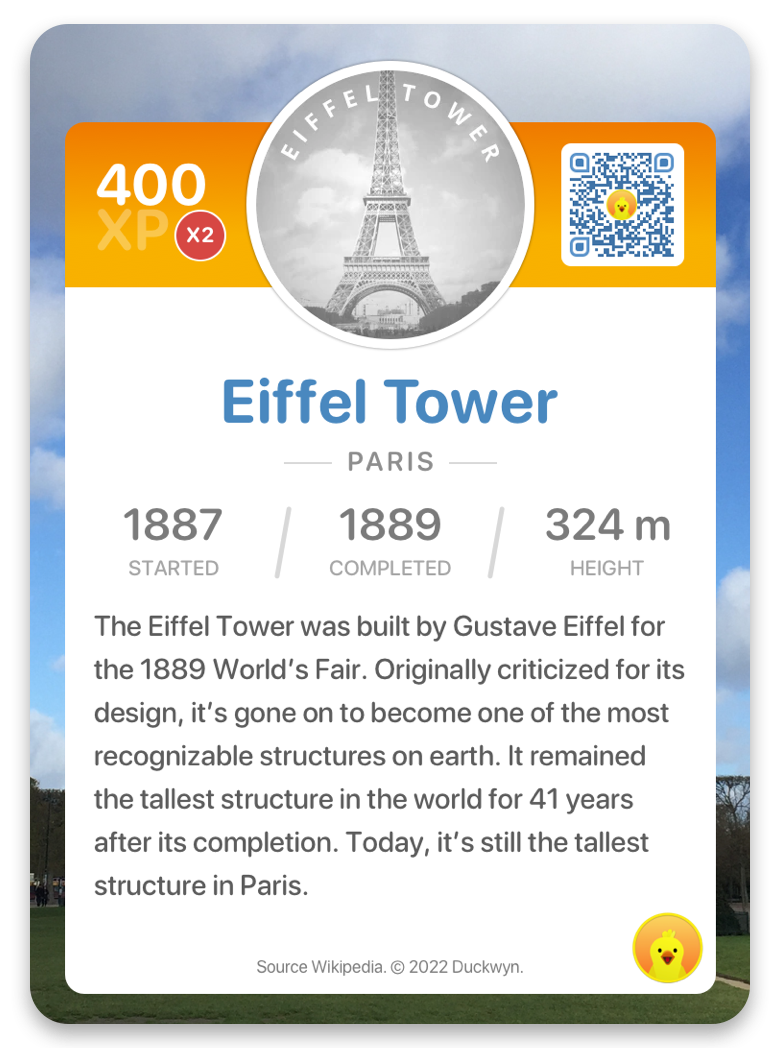 Take the stairs to the first level to get a unique view of the tower that most people often miss.

Take the elevator to the top for panoramic views of the city below.

Watch one of the light shows that start every hour, on the hour, each evening.

The Eiffel Tower is 324 meters tall. It was the tallest structure in the world when it was completed in 1889. 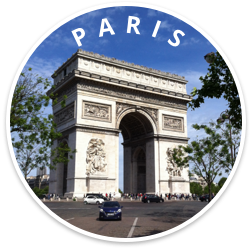