Gateway Arch National Park is located in St. Louis, Missouri, near the starting point of the Lewis and Clark Expedition.

The memorial was established to commemorate:

The national park consists of the Gateway Arch, a steel catenary arch that has become the definitive icon of St. Louis; a 91-acre park along the Mississippi River on the site of the earliest buildings of the city; the Old Courthouse, a former state and federal courthouse where the Dred Scott case originated; and the 140,000 sq ft museum at the Gateway Arch.

The area of the park is where the Battle of St. Louis took place. It was the only battle west of the Mississippi River during the American Revolutionay War. 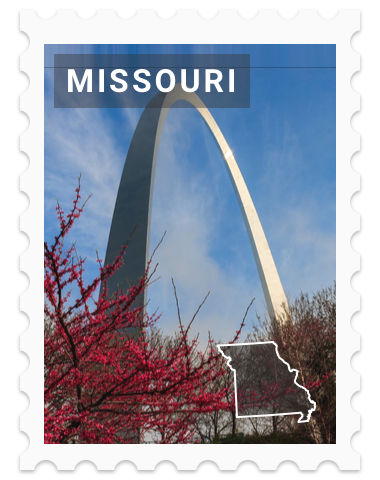