Oskar Schindler was a German industrialist and a member of the Nazi Party. He is credited with saving the lives of 1,200 Jews during the Holocaust by employing them in his enamelware and ammunitions factories. He is the subject of the 1982 novel Schindler's Ark and its 1993 film adaptation, Schindler's List, which reflected his life as an opportunist initially motivated by profit, who came to show extraordinary initiative, tenacity, courage, and dedication to save the lives of his Jewish employees.

Schindler grew up in Zwittau, Moravia, and worked in several trades until he joined the Abwehr, the military intelligence service of Nazi Germany, in 1936. He joined the Nazi Party in 1939.

Prior to the German occupation of Czechoslovakia in 1938, he collected information on railways and troop movements for the German government. He was arrested for espionage by the Czechoslovak government but was released under the terms of the Munich Agreement in 1938. Schindler continued to collect information for the Nazis, working in Poland in 1939 before the invasion of Poland at the start of World War II.

In 1939, Schindler acquired an enamelware factory in Kraków, Poland, which employed at the factory's peak in 1944 about 1,750 workers, of whom 1,000 were Jews. His Abwehr connections helped Schindler protect his Jewish workers from deportation and death in the Nazi concentration camps. As time went on, Schindler had to give Nazi officials ever larger bribes and gifts of luxury items obtainable only on the black market to keep his workers safe.

By July 1944, Germany was losing the war; the SS began closing down the easternmost concentration camps and deporting the remaining prisoners westward. Many were murdered in Auschwitz and the Gross-Rosen concentration camp.

Schindler convinced SS-Hauptsturmführer Amon Göth, commandant of the nearby Kraków-Płaszów concentration camp, to allow him to move his factory to Brněnec in the Protectorate of Bohemia and Moravia, thus sparing his workers from almost certain death in the gas chambers. Using names provided by Jewish Ghetto Police officer Marcel Goldberg, Göth's secretary Mietek Pemper compiled and typed the list of 1,200 Jews who travelled to Brünnlitz in October 1944.

Schindler continued to bribe SS officials to prevent the execution of his workers until the end of World War II in Europe in May 1945, by which time he had spent his entire fortune on bribes and black market purchases of supplies for his workers.

Schindler moved to West Germany after the war, where he was supported by assistance payments from Jewish relief organisations. After receiving a partial reimbursement for his wartime expenses, he moved with his wife Emilie to Argentina, where they took up farming.

When he went bankrupt in 1958, Schindler left his wife and returned to Germany, where he failed at several business ventures and relied on financial support from Schindlerjuden ("Schindler Jews")—the people whose lives he had saved during the war.

He died on 9 October 1974 in Hildesheim, Germany, and was buried in Jerusalem on Mount Zion, the only former member of the Nazi Party to be honoured in this way. He and his wife Emilie were named Righteous Among the Nations by the Israeli government in 1993. 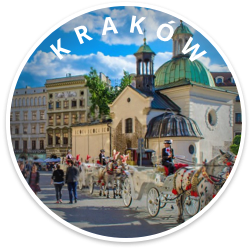 Founded during the Stone Age, it's grown to one Europe's most beautiful cities.