The Pena Palace is a Romanticist castle in São Pedro de Penaferrim on the Portuguese Riviera. The castle stands on the top of a hill in the Sintra Mountains above the town of Sintra, and on a clear day it can be easily seen from Lisbon.

The castle's history started in the Middle Ages when a chapel dedicated to Our Lady of Pena was built on top of the hill above Sintra. According to tradition, construction occurred after an apparition of the Virgin Mary.

In 1493, King John II, accompanied by his wife Queen Leonor, made a pilgrimage to the site to fulfill a vow. His successor, King Manuel I, was also very fond of this sanctuary, and ordered the construction of a monastery on this site which was donated to the Order of Saint Jerome. For centuries Pena was a small, quiet place for meditation, housing a maximum of eighteen monks.

In the 18th century the monastery was severely damaged by lightning. However, it was the Great Lisbon Earthquake of 1755, occurring shortly afterwards, that did the most damage, reducing it to ruins. Fortunately, the chapel (and its works of marble and alabaster attributed to Nicolau Chanterene) escaped without significant damage.

For many decades the ruins remained untouched. In 1838, King Ferdinand II decided to acquire the old monastery, all of the surrounding lands, the nearby Castle of the Moors and a few other estates in the area.

King Ferdinand then set out to transform the remains of the monastery into a palace that would serve as a summer residence for the Portuguese royal family. The construction took place between 1842 and 1854. King Ferdinand designed an ornate window for the main façade (inspired by the chapter house window of the Convent of the Order of Christ in Tomar).

After the death of Ferdinand the palace passed into the possession of his second wife Elisa Hensler, Countess of Edla. The latter then sold the palace to King Luís, who wanted to retrieve it for the royal family, and thereafter the palace was frequently used by the family.

In 1889 it was purchased by the Portuguese State, and after the Republican Revolution of 1910 it was classified as a national monument and transformed into a museum. The last queen of Portugal, Queen Amélia, spent her last night at the palace before leaving the country in exile.

Today, the palace is a national monument and a UNESCO World Heritage Site. It is also used for state occasions by the President of the Portuguese Republic and other government officials. Take in the views and grab some pics from the Queen's terrace.

Find the sundial cannon. This cannon used to be fired each day at noon.

Takes some time to explore all of the details the exterior has to offer. From it's large arched entrance to the tiles, colors, and whimsical statues used throughout, the castle has so much detail, there's something new to see every place you look.

The monastery was left in ruins after the Great Lisbon Earthquake of 1755. 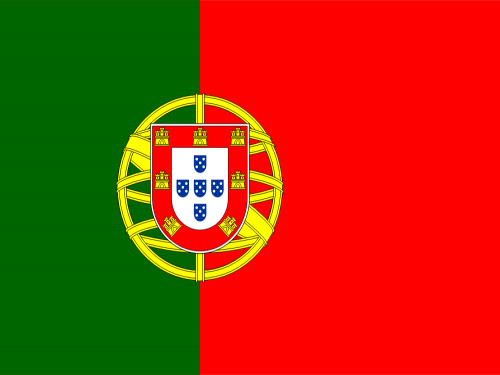