The Shwedagon Pagoda also known as the Great Dagon Pagoda and the Golden Pagoda is a gilded stupa located in Yangon, Myanmar.

The Shwedagon is the most sacred Buddhist pagoda in Myanmar, as it is believed to contain relics of the four previous Buddhas of the present kalpa. These relics include the staff of Kakusandha, the water filter of Koṇāgamana, a piece of the robe of Kassapa, and eight strands of hair from the head of Gautama.

According to tradition, the Shwedagon Pagoda was constructed more than 2,500 years ago, which would make it the oldest Buddhist stupa in the world. The story goes that two merchant brothers Tapussa and Bhallika met the Gautama Buddha during his lifetime and received eight strands of the Buddha's hairs. The brothers presented the eight strands of hair to King Okkalapa of Dagon who enshrined the strands along with some relics of the three preceding Buddhas of the Gautama Buddha in a stupa on the Singuttara Hill in present-day Myanmar.

The first mention of the pagoda in the royal chronicles dates to 1362-63 CE (724 ME) when King Binnya U of Martaban–Hanthawaddy raised the pagoda to 18 m (59 ft). The Shwedagon Pagoda Inscriptions from the reign of King Dhammazedi of Hanthawaddy (r. 1471–1492), shows a list of repairs of the pagoda going back to 1436. In particular, Queen Shin Saw Pu (r. 1454–1471) raised its height to 40 m (130 ft), and gilded the new structure. By the beginning of the 16th century, Shwedagon Pagoda had become the most famous Buddhist pilgrimage site in Burma.

A series of earthquakes during the following centuries caused damage. The worst damage was caused by a 1768 earthquake that brought down the top of the stupa, but King Hsinbyushin in 1775 raised it to its current height of 99 m (325 ft).

The Shwedagon Pagoda Festival, which is the largest pagoda festival in the country, begins during the new moon of the month of Tabaung in the traditional Burmese calendar and continues until the full moon. 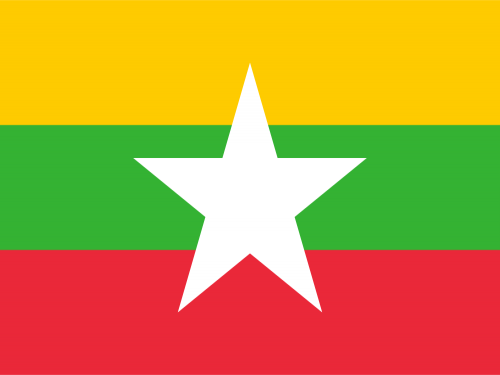